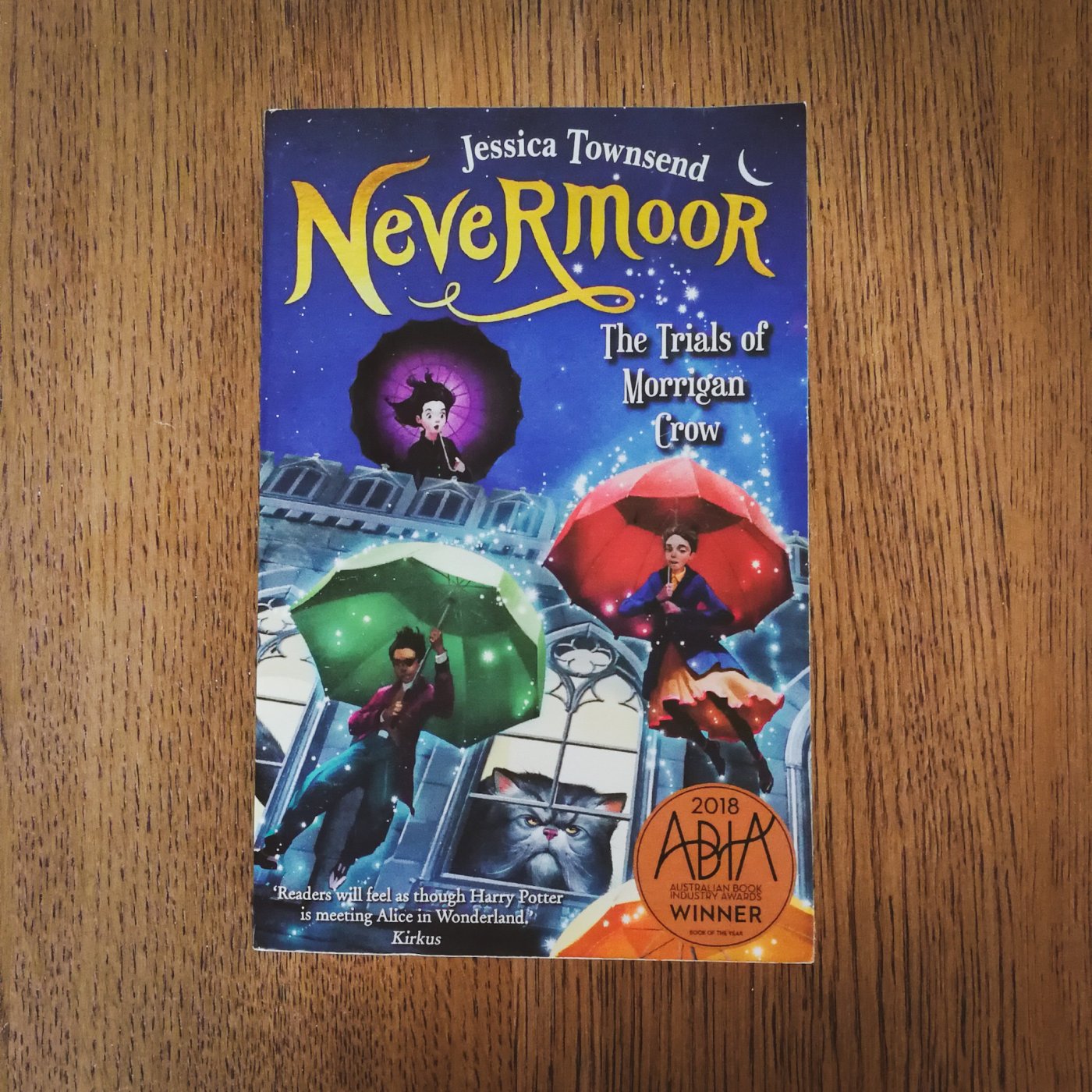 Ok I know this book has been very widely read and reviewed, but this review is from a parent’s perspective, and one who has always loved a great fantasy. There’s nothing I enjoy more than being whisked away into the ether of a good author’s imagination. I am therefore rather a Potterhead. No, I don’t own a piece of plastic masquerading as a wand, nor do I dress in graduation cloaks and say “wingardium leviosa” to the laundry basket. However, I have read the series seven times. Well ok, I started when there were four books and every time the next book came out, I read the entire series again. So really I’ve read the first four books seven times and the whole series four times.

It was therefore with a fair amount of skepticism that I started on Jessica Townsend’s Nevermoor with Iris as it has been touted as the next Harry Potter. The starting wasn’t great. The way the years and time periods are done is really confusing. Now that I’ve finished the second book, I finally get it, I think. It’s in cycles of 11 years, which is still weird, but not a biggie.

The book does have a lot of similarities with Harry Potter (HP) – the protagonist is an outcast and borders on being neglected by her family; then by a miraculous and exciting turn of events, she’s thrust into a whole new world and discovers she’s got a very special skill. Without going into the debate of the truly original story, my takeaway is, no, these similarities don’t detract from it being a good, roiling, exciting fantasy story for kids. Besides, it is those very characteristics of HP that make it such a good read.

It is, however in my opinion, not as good as HP for a few reasons. For one thing, the world that Townsend creates isn’t as detailed or fleshed out. With HP, I could picture every detail with a lot of clarity without having watched the movies, which actually truncated too much for me. For another, HP has a lot more likable, distinct characters. I also love how interwoven yet separate the magical world was with real life. In Nevermoor, it is entirely fantastical, yet they celebrate Halloween (Hallowmas) and Christmas, which was a bit ridiculous for me. Thus I give it 4⭐ as compared to a solid 5 for HP.

I loved reading this with Iris because we both got really into it and I often had to force myself to stop reading as it was past her bedtime. The next night I would be as eager as she was to continue the story. The vocabulary is quite advanced for an eight-year-old so it provides a great teaching opportunity. I made her ask me every time there was a word she didn’t know and had the dictionary handy so we could practice looking up words.

We’ve just finished Wundersmith, the second book in the series and can’t wait for the next installment! I wonder if Townsend will make it like HP, in that you’re meant to grow up with the series as it grows in complexity and adult themes.